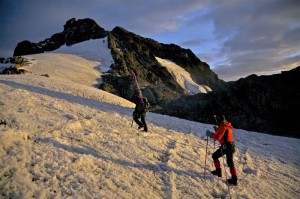 IT’S ALL A MATTER OF PERSPECTIVE

Life is very much a matter of perspective. Is a person rich or poor? Compared to whom? Is a task easy or difficult? Compared to what? And perhaps most importantly, is the glass half empty or half full?

In July, my friend Christer Henning and I embarked upon an adventure in the eastern African republic of Uganda. Uganda is most decidedly a poor country, and yet its inhabitants seem relatively harmonious. Yoweri Museveni, the president of the country has been in power since 1986—a virtual dictator. Still, he is a damn sight better than Idi Amin, who killed about 300,000 of his citizens while ruling the country in the seventies, and gave the nation a reputation from which it is still trying to recover.

Today, Uganda is a safe country to visit and full of experiences for a tourist to enjoy. Queen Elizabeth Park offers a rich mix of elephants, hippos, crocodiles, lions, water buffalo, warthogs, antelope, and a vast array of sundry birds. In the southeastern corner of the country is world famous Lake Victoria. In addition, Uganda and neighboring Rwanda are the only two countries in the world where one can come face to face with a mountain gorilla. Chris and I hoped to experience all of these things, but our primary mission was to ski in the Rwenzori Mountains—the so-called “mountains of the moon”. The nickname goes all the way back to 150 A.D., when Ptolemy, a Greek geographer, referred to a range of glaciated peaks in central Africa by that name. It is today presumed that he was referring to the Rwenzori.