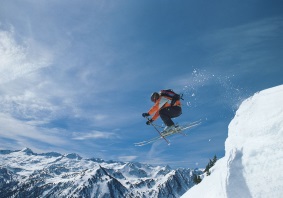 Spain is a nation blessed with mountain ranges and ski resorts in almost all sectors of the country. Many of the ski destinations are modern,
purpose-built resorts, but the option often exists to live in a more traditional mountain village, not too far removed from the ski area.
Thirty ski areas dot the Spanish landscape, from the Sierra Nevada Mountains, which overlook the Mediterranean Sea in the far south, to a whole slew of resorts throughout the Pyrenees, along the northern border of the country. While these two ranges provide the best skiing in Spain, there are even ski resorts in the Basque country and in central Spain, just outside Madrid.
The skiing in the Pyrenees offers the most diversity of any of the regions in Spain, as close to half of the Spanish resorts call this area home. On the other hand, the highest skiing is in the Sierra Nevada resort, which boasts snow well into April.
Easter vacation is approaching, the winter back home has been long and hard and it is finally time for a family vacation. Your wife wants to go to Tenerife and work on her tan, your kids are screaming for Euro Disney and you had hoped to get in some spring skiing in Austria. Ah—the joys of family life. You pause a moment in the midst of this chaos and disharmony and ponder your options.
Perhaps the wife would be satisfied with the beaches of the Costa del Sol in Spain, while you cavort in the spring snow of nearby Sierra Nevada. You would be able to ski, the little woman gets to relax at the beach, and the kids have alternate options. In the Andalusia section of Spain, only a couple of hours’ drive from the Mediterranean, lies one of Spain’s top ski destinations, the 3300-meter peak of Mt. Valeta and the Sierra Nevada Mountains…