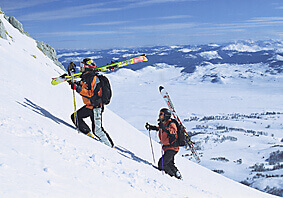 Over the past few years, the European Union has turned border crossings into convenient non-events. This is not so in the various parts of what used to be called Yugoslavia. In fact, there was very little of what happened to Rafi Betschart, Jean Michel Pons and me in Serbia and Montenegro that was a non-event.
At the frontier to Montenegro, curious guards inspected the contents of our vehicle and wondered why three skiers would be traveling with five pairs of top-of-the-line skis and a snowboard. This abundance of state-of-the-art equipment seemed to be reasonable evidence of a possible ski-theft and smuggling ring. They wanted to see purchase receipts for our gear.
I am an experienced traveler. I speak four languages, I can read a road map, and I know how to pack my toilet kit. I have never forgotten my passport, credit card, cash or any other necessity on a trip. But I do not generally carry receipts of my possessions with me on the road.
It was fortunate that Jean Michel, the linguist of our entourage, possessed a fluency in English, German, Spanish and Russian in addition to his native French. In this case, it was his Russian in addition to his penchant for diplomacy that was adequate to explain to the border patrol that our collection of equipment was not entirely out of the ordinary among decadent Westerners. After a rather lengthy discussion, our road-trip was allowed to continue into Montenegro.
Rafi, my other companion on this trip, is one of the best and most daring skiers I know. There is nary a couloir or cliff jump that can make him flinch. He jumps in first and thinks later. For better or worse, he drives a car just like he skis.
We had a long drive to Durmitor, our first destination in Montenegro, and we had lost time during our extended border stop…