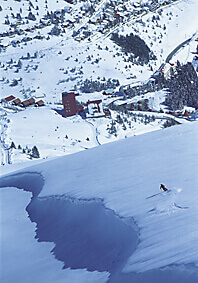 Macedonia is a small, mountainous, landlocked country in the southernmost part of what used to be known as Yugoslavia. In fact, the official name of the country is the Former Yugoslavian Republic of Macedonia (FYROM), a cumbersome title forced upon the country by its Greek neighbors. The Greeks are very proud of their northernmost province, called Macedonia, birthplace of Alexander the Great, and wanted there to be no confusion between their region and the newly formed country.
Former Yugoslavian Macedonia not only has had problems over its name with its neighbors to the south, the people have also had difficulties getting along with just about everybody in the region, including themselves. There is obviously no love lost between the Macedonians and the Serbs to the north, from whom they split to form their own nation. Then, in 2001, civil war broke out between the ethnic Albanian population within the country and the rest of the citizenry.
While all this bickering, squabbling and fighting is more or less par for the course anywhere in the Balkans, it has quite understandably had an adverse effect on the local ski industry. Warring countries that don’t get along with their neighbors have difficulty building up a skier population base large enough to support ski resorts. Therefore, the ski areas in Former Yugoslavian Macedonia suffer from “weekend-skier syndrome”.
“Weekend-skier syndrome” is a malady common among many poorer countries whose ski lifts are frequented almost exclusively by the indigenous population. I had already come across this problem in Romania and various other places in my travels. Saturdays and Sundays, when the locals have the possibility to ski, are characterized by long lines, as the lift capacity is not adequate to take care of the crowds. Weekdays, on the other hand, provide so few skiers that the ski areas often open only a few of their lifts in an effort to save money. Sometimes, they keep the lifts entirely…