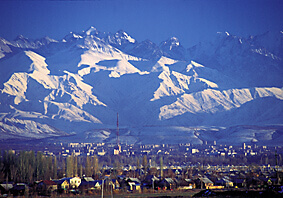 In 1938, my mother left her native Austria and immigrated to the United States. She brought with her to America a love for the mountains, an ability to ski and not much else. In the years that followed, she and many of her transplanted countrymen became pioneers in the nascent sport of skiing. She instructed skiing and worked in bars and restaurants in a number of one- or two-lift resorts, which were often on the verge of bankruptcy, as the ski lovers tried, slowly but surely, to market their favorite sport to enough people to develop skiing into a viable business.
This page out of the glossy scrapbook of the current multi-billion-dollar ski industry is a yellowing piece of black-and-white nostalgia, extremely far removed from the chic, trendy sport of the 21st century. Those pioneer days—before grooming and lift lines, when the patrons of the sport all knew each other—are as extinct as the covered wagon or the horse and carriage. This is what I had thought, at least, until Minna Gynther and I boarded an Aeroflot time machine that carried us to Central Asia, taking us 50 years back in time in the process.
Our first stop was Kyrgyzstan, a small, landlocked former member of the Soviet Union, in which 70 percent of the land is over 3000 meters high! In this infant nation, not only skiing but also the society as a whole is in the pioneer stage of development. We found few hotels and restaurants, not much of a credit or banking system, and many roads where four-wheel drive is mandatory for all vehicles, but horses are still the more common mode of transportation.
In his book, Central Asia, author Giles Whittell quotes one of Gorbachev’s aides in 1991, at a time when the Soviet Union was beginning to unravel at the seams. According to Whittell, when asked about travel regulations by a visiting journalist, “the aide grinned, sighed, and replied, ‘Gentlemen, there are no rules here any more!’”
This bit of wisdom was still applicable when we traveled in Kyrgyzstan. With the KGB and the long, strong arm of Russia no longer on the scene, life here resembled Dodge City without Wyatt Earp. Don’t plan past today with any sense of security, expect the unexpected, and go with the flow…