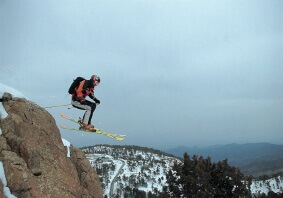 At the far eastern end of the Mediterranean Sea lies the small island country of Cyprus. It is a country that suffers from schizophrenia. Throughout its long and storied history, many different empires have ruled Cyprus. Among the various rulers who have left their stamp on the nation, the Greeks, the Turks and the British still play a very important role today.

Like so many of its neighbors in the Middle East, Cypriots have not been able to get along with each other for many years. Since 1974, when many people were uprooted from their homes and killed, the island has been divided into a Greek and Turkish sector. Since that time, Cyprus has remained peaceful and tourism has flourished (especially in the Greek sector), but the problems that divide the country have not been resolved.

The British officially relinquished control of Cyprus in 1960, but their influence is still pervasive today. If the ruins that are visited all over the island are the remnants of the Greek and Roman periods in Cyprus, then the myriad of pubs that abound in each major city are proof that the British “cultural” heritage has outlasted its legal jurisdiction.

Another institution introduced by the British to Cyprus is skiing. Cyprus seems like an unlikely place to have ski slopes, but to the surprise of all but the most knowledgeable skiers, Mt. Troodos, situated in the middle of the Greek part of the island, is home to four ski lifts.