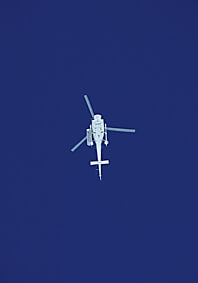 There is no doubt that Canada possesses a bounty of mountains. The Canadian Rockies and the numerous other ranges running throughout British Columbia are stunningly beautiful and include an almost endless array of peaks. The list of ranges includes the Purcells, Cariboos, Selkirks, Monashees and Coast Mountains and is longer than a seven-year-old child’s Christmas wishing list. It will therefore come as a surprise to most people that the ski industry in western Canada was at the level of a Third World country as recently as the early 1970s!
Eastern Canada, on the other hand, blessed by a larger population base, already boasted well-known resorts like Mont-Sainte-Anne and
Mt. Tremblant as early as the 1940s, matching the development of early U.S. destination resorts such as Sun Valley and Stowe.
A few developments in the ’60s and ’70s began a major metamorphosis in Canadian skiing. To begin with, Hans Gmoser, a transplanted Austrian, came up with a new and innovative way for skiers to access the wild and untamed peaks of British Columbia—the helicopter. Fellow pioneers Mike Wiegele and Herb Bleuer were not far behind with the inception of their own heliskiing operations.
This innovation captured the fantasy of skiers worldwide. Although only a small percentage of those skiers could afford such an extra-vagant method of reaching virgin slopes, the concept was so inspirational and exciting that before long, the Bugaboos, the first range to be explored with Hans’s helicopter, became a household word among skiers in the know. Canada’s mountains were now on the skier’s map and in the skier’s mind—a white dream of endless powder fields.
Then, in 1966, came the early beginnings of the Whistler/Blackcomb Resort in western BC. This fledgling endeavor had many difficulties at the outset, and Blackcomb almost went into receivership in the early 1980s. By the late ’80s, it had turned the corner. By that time, the building of new lifts had given the area the longest vertical drop in North America (1600 vertical meters), and Whistler began getting annual recognition as one of the top five most-popular resorts on the continent in reader polls of American ski magazines.
Simultaneously, resorts in the national park area around Banff and Lake Louise, which had over the years attracted huge numbers of summer guests to visit their pristine lakes and forests, decided to try their hand in the international ski industry. The historic Banff Springs Hotel, which had always gone into hibernation during the winter, opened its doors to skiers in 1969.
Nine years later, the three small locals’ areas of Norquay, Sunshine and Lake Louise…