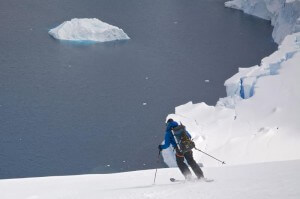 “Men wanted for hazardous journey. Small wages, bitter cold, long months of complete darkness, constant danger, safe return doubtful. Honor and recognition in case of success.” Thus ran a 1916 ad in a London newspaper, seeking to recruit a team for Sir Ernest Shackleton’s now legendary expedition to cross Antarctica. Sir Ernest received 5000 applicants to fill 28 jobs on his ship, the Endurance. Whether the attraction has been the pure adventure, the austere and pristine nature, the lure of the unknown, or the convergence of the most powerful forces of nature, there has always been something about Antarctica that has aroused and stimulated man’s curiosity and fantasy.

About a century has passed since the heyday of the Antarctic exploration period, but the allure remains constant. There is a huge difference however. Today, Antarctica is a fair bit more accessible than in Shackleton’s era, so much so that in the past 20 years or so, a good number of specialized travel companies organized into the International Association of Antarctica Tour Operators (IAATO) offer such expeditions to an ever growing number of adventurous and hardy travelers.

That was not so even as recently as 1985, when I made my inaugural visit to the southern tip of South America and first set eyes on the Straits of Magellan. Already then, an Antarctic dream lurked somewhere inside of me, but the South American Handbook advised that trips to the white continent could only occasionally be made with the Chilean Air Force. A true infrastructure for such travel was not yet in place.